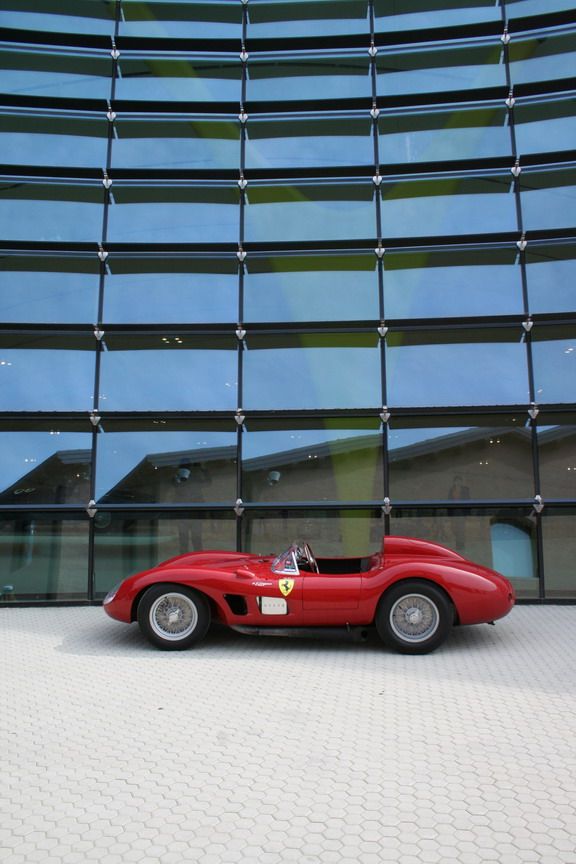 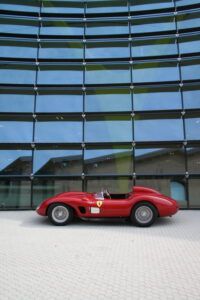 A visit to the new Museum, something not to miss.

The story of Enzo Ferrari, one of the greatest Italians of the twentieth century, has begun in this house, now turned into a Museum. The adventure of a figure who left an enduring mark on his times started here. Destined for fame in every corner of the world, Ferrari has never forgotten his roots: on the contrary, he has always used his attachment to the Modenese origins as a shield.

The Modenese Enzo Ferrari was a citizen of the world, because he was able to convey the sense of modernity ahead of the fashions and generations. A great motor enthusiast, he was the first to understand that cars, from mere desirable objects for populations discovering mobility, may have turned into a luxury object, or even a work of art. In the entrepreneur’s far-sightedness he held his force of creativity: to Ferrari, cars were and had to be a mix of power and style, a combination of speed and elegance.

Ferrari was a revolutionary. He was a child in this home and dreamt of making cars more and more competitive. He came from a peasant culture, but he was fascinated by technology. He has been brave and uninhibited, still he has never dropped pragmatism: when he realised that, as a pilot, he wasn’t able to express all his potential, he put himself at stake first as person in charge of a Stable, then as entrepreneur. He defied commonplaces and he won: Ferrari, with the Prancing Horse as a symbol, has soon acquired the outline of the Myth. Both on roads and racetracks, as Enzo bound the entrepreneurial activity to the engagement in races. Also for this reason, the Americans, wo were among his first admirers, saw in him the reincarnation of the heroic figure of the Pioneer, the fearless man marching towards the conquest of new frontiers and unexplored spaces.

Enzo Ferrari was all that. He’s still all that, because the brand and the company live happily on the legend of their Founder. Here, in this Birthplace now Museum, everything started. And here, in the heart of Modena, land that he stoutly loved, the memory of a great Italian is treasured.

The museum complex extends on about 6.000 m2 and includes Enzo Ferrari’s Birthplace and a futuristic automotive design gallery, painted in the yellow that Enzo Ferrari chose as the background for the Prancing horse on his famous logo.

Emotion. This is what visitors entering the house where the great Modenese constructor was born feel.
The interior features a multimedia display of pictures, unpublished films and precious mementoes of Enzo Ferrari’s life as a man, driver and car-maker throughout the 20th century. The visitor embarks on an exciting, emotional journey, in the age of huge challenges and the passion for speed, to discover the myth.
The exhibition layout is characterized by modular white furniture, housing objects, documents, photographs, screens, like the pages of a book where the life of the great constructor is unveiled.

The new Exhibition Gallery houses a flexible mounting representing story, figures, places and races of the Modenese sport motor racing.
Cars, protagonist of the mounting and exhibited like works of art on design platforms, are periodically changed according to the temporary exhibition organised, with a renewable exhibition method. Design display racks frame cars housing documentation, objects and audio and video materials related to the Modenese motor racing.
This exhibition container houses a Documentation Centre, an Educational Centre, a conference room, a bookshop and a cafeteria and represents an elegant place to exhibit beautiful cars, and a perfect space to organise conference, launches and cultural events in.

The museum complex has been built on a high energy conservation and high environmental sustainability, designed according to bioclimatic principles and made with innovative materials. Main installation choices aim at making this building an essence of the mostr modern technologies, respecting the environment and the well-being of the visitors: a geothermal source supplies radiant air-conditioning systems, thermal solar panels produce hot water and exhibition spaces without direct natural light are powered by photovoltaic panels installed in the sound barriers next to the railway lines.