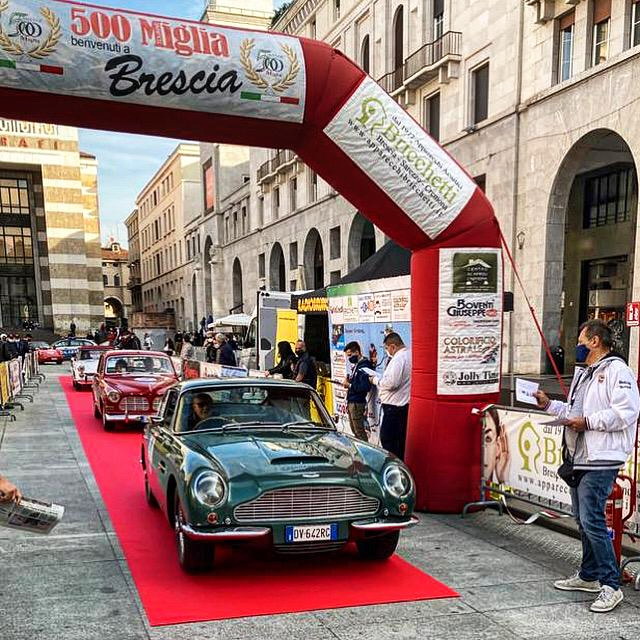 “Passion and territory” is the slogan of the500 Miglia Touring, and there was certainly no lack of it in the three days of the event.

Last weekend’s rally gathered 40 cars in the central Piazza Vittoria in Brescia, to then take them to some of the most beautiful places in northeastern Italy. From the holiday views of the Brescia side of Lake Garda to Riva, and then up again to Bolzano and Merano; return via Ponte di Legno and stop in Monte Isola; final award ceremony on Sunday afternoon in Piazza Paolo VI in Brescia.

Territory in abundance, therefore, and pure food and wine specialties; but above all the passion expressed by the participants, who, aboard their beloved classics, plus some contemporary supercars, accepted the invitation of the owner Giovanni Riva to the twenty-first edition of the event.

I too could not fail to, and again took my Aston Martin DB6 out of the garage, this time flanked by the agile Austin Healey 3000 MK1 RHD driven by a friend. In this way I was able to spend a pleasant weekend reviewing some places of my heart in the company of old and new friends, like me “sick” of four-wheeled collecting.