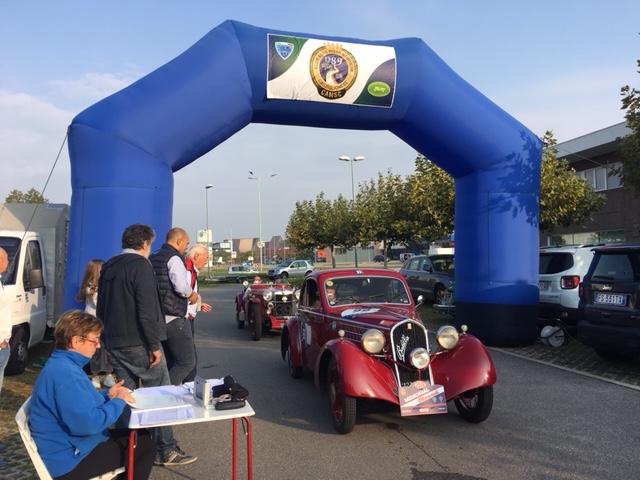 A privilege to join once again Morandi Memorial, the regularity race organized by the Historical Car Club of Castiglione delle Stiviere (Mantua county) in memory of the unforgettable car driver Giuseppe Morandi. Born in 1894 at Castiglione, Morandi won, among other things, the first edition of the 1000 Miglia race.

Memorial Morandi stands out for the value of the participating cars, all strictly pre-war. The eleventh edition of the gather involved thirty cars, which in the weekend of September 29 were measured between the Mantuan countryside and the southern shores of Lake Garda. Despite the naturalistic beauties that accompanied the pilots in their itinerary, their eyes were almost always fixed on the chronometer and roadbook: in fact, seventy were the regularity tests foreseen in this edition of the race, to whose recall national regularists of national fame did not resist.

Also this year I took part in the Memorial with my Fiat Berlinetta 508S of 1935. Its minute but agile engine, only 900 CC, has been able to face difficult moments on the Garda hills.

Thanks to all the staff of CAMS Castiglionese, who followed us with care in all the moments of the event, from the demanding ones of the race to those, definitely more relaxing, of the breaks, including the beautiful gala dinner at Villa Mirra in Cavriana .